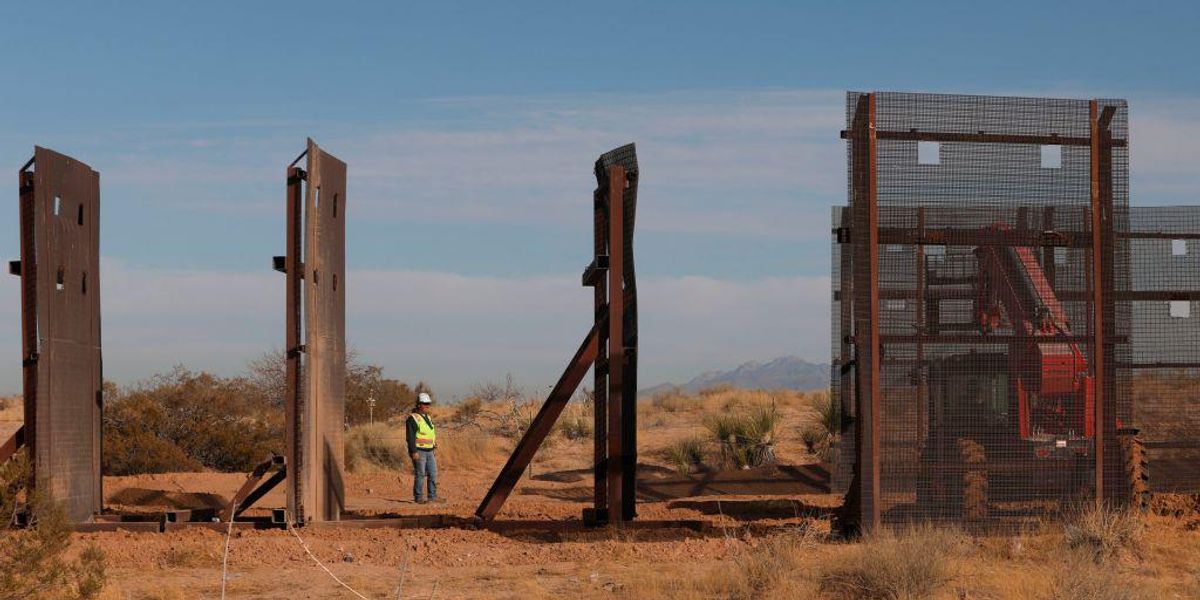 In what appears to be a major departure from President Joe Biden’s initial immigration plans, the Department of Homeland Security is reportedly considering restarting some border wall construction amid the escalating immigration crisis.

The news comes as an unprecedented surge of migrants flood into the country from Mexico in anticipation of lenient treatment under the Biden administration. The rapid influx of northbound migrants has overwhelmed immigration enforcement and resulted in tens of thousands of illegal immigrants being released directly into the country while thousands more migrant children are held for longer periods of time than are legally permitted in grim, cage-like facilities.

Given the worsening situation, Biden’s Homeland Security Secretary Alejandro Mayorkas is now open to starting up construction again on sections of former President Trump’s border wall — something Biden vehemently opposed while on the campaign trail. On his first day in office, Biden ordered all wall construction be halted.

Speaking to Immigration and Customs Enforcement staffers last week, Mayorkas revealed that Customs and Border Protection officials had submitted a plan for the construction moving forward, according to notes from the meeting reviewed by the Washington Times.

“The president has communicated quite clearly his decision that the emergency that triggered the devotion of DOD funds to the construction of the border wall is ended,” the DHS secretary reportedly said. “But that leaves room to make decisions as the administration, as part of the administration, in particular areas of the wall that need renovation, particular projects that need to be finished.”

The Times noted that those parts included “gaps,” “gates,” and areas “where the wall has been completed but the technology has not been implemented.”

Mayorkas reportedly added: “It’s not a single answer to a single question. There are different projects that the chief of the Border Patrol has presented and the acting commissioner of CBP presented to me.”

According to the New York Post, Trump celebrated the apparent pivot during an interview Tuesday on Newsmax.

“I think it’s great that they reversed themselves, but a lot of damage was done because we were gonna have that wall almost complete. You know, it delayed two and a half years because of lawsuits,” the former president said.

Upon his departure from the presidency, about 460 miles of wall had had been constructed along the U.S.-Mexico border, the bulk of that being replacement fencing for ineffective existing border wall. Due to congressional resistance, Trump opted to build the wall by declaring a national emergency at the border, a move which allowed him to use Pentagon money to fund construction.

The move, however, allowed Biden to easily reverse the emergency declaration upon assuming the presidency.

Now there are sections of the border that are only partially completed and are being utilized by smugglers. Such is the case in Cochise County, Arizona, where a road has been built along the border but fencing has not been installed.

The county sheriff told the Washington Times that smugglers are using a section of new road along the border as a highway for drugs and people.

“We just built roads for the cartels,” he said.

Cruise Industry Spars With CDC Over How to Restart Cruisings

GameStop, Tesla, Carnival: What to Enjoy When the Stock Market Opens Today