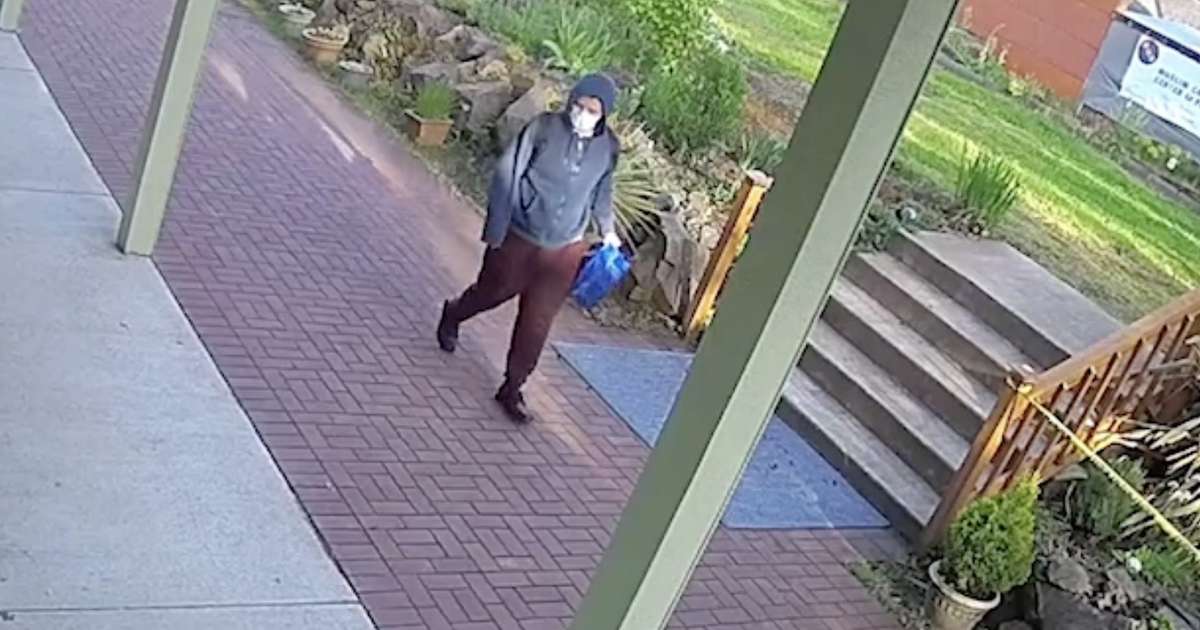 A long-time Antifa activist and Leftist video chronicler of the Portland protest movement has been arrested for a string of attacks on synagogues and mosques, and the local media seem to be very eager to erase his one-sided, radical ties.

Portland Police says Mike Bivins was arrested after he admitted to the attacks against three synagogues and a mosque.

Bivins’s video work has been seen on national news stations over the years. He gained notoriety during the explosion of Antifa violence before the 2016 election.

Bivins, who’s 34, went to the Portland Fox TV affiliate and demanded to see a reporter, to whom he confessed the attacks.

According to Fox 12 Portland, Bivins admitted attacking the houses of worship. But besides being a “racist” act and a violation of a variety of local and state ordinances, it’s unclear what prompted the outbursts of violence except that they occurred on days that ended in a y.

Attacking houses of worship is considered a civil rights violation and possible terrorism.

Federal officials have been asked to get involved to investigate possible civil rights and hate crimes, and terrorist connections.

Bivins’s rash of attacks began on April 30, 2022, at Congregation Shir Tikvah and continued at Congregation Beth Israel on May 2 with pro-Nazi graffiti written outside and evidence of a small fire. The following day, police say, Bivins set fire to the Muslim Community Center of Portland, which was full of people. No one was hurt. The next day, Bivins is alleged to have attacked Congregation Beth Israel again by hurling a rock through the window of the synagogue.


Portland arson investigators are looking into whether Bivins is connected to any other attacks on local synagogues, mosques, or churches.

In a statement, Rabbi Michael Z. Cahana of Congregation Beth Israel said, “We can all rest easier in our house of worship knowing that he is in custody … although the crimes committed were against property, we know that left unchecked, hate speech can lead to violence.”

Fox 12 Portland says Bivins ceased being active in his protest activism in 2019, but there are some problems with that timeline.

Bivins was still on the streets with Antifa during the “summer of love” riots. Indeed, he filed a tort claim “against the Federal Protective Service after being struck by a munition at a protest,” according to alternative weekly Willamette Week.

WW reports that Bivins has been working at Oregon Health and Sciences University in “nursing resource management at [OHSU] … and was a freelance reporter for news outlets, including Willamette Week and Eugene Weekly, covering the polarization and violence in city streets following the election of President Donald Trump. He reported primarily on clashes between Antifa and its adversaries, such as the Proud Boys. Bivins sold photos and videos of street conflict to national and local outlets. His last story filed for WW was in 2019. WW is “conducting a review of his work,” the outlet reported.

BREAKING: Portland reporter Mike Bivins has been arrested over vandalism attacks on synagogues & attempted arson at a mosque. He’s been charged w/multiple felonies. His last DM to me in 2020 was a message critical of me posting #Antifa riot mugshots. pic.twitter.com/vbihNL9p6B

In his book Unmasked: Inside Antifa’s Radical Plan to Destroy Democracy, independent journalist Andy Ngo writes about how Antifa and anarchist monkey-wrenchers work inside Portland’s institutions, including “a group calling itself OHSU4BLM which claimed “to be made of medical students affiliated with the Oregon Health and Sciences University” when they weren’t rioting, looting, setting fires, and committing acts of violence.

Friends told the alt-weekly that Bivins had grown more erratic during the pandemic and had recently expressed anti-immigrant sentiments on his social media. His Twitter account has been largely scrubbed.

Portland Mercury, a pro-Antifa alternative weekly, elided Bivins’ far-Left ties in a story entitled, “Attacks on Three Religious Centers Underscore Rising Hate Crimes in Oregon.” One of Mercury’s reporters was actively involved in announcing the location of Andy Ngo at a protest, knowing the demonstrators wanted to attack him. Antifa has sent Ngo to the hospital with a brain injury, tossed a wet cement “milkshake” on his head, and chased and beat him in downtown Portland.

here’s the deal: within antifa, some are violent in ways that are detrimental to the image of an antifascist—but thats about the worst of it, whereas w the right-wingers you have racists & white supremacists mixed into the groups that come to portland to protest. which is worse?

Reporters were only too happy to work together with Bivins to tell a story about “right wing extremism,” including the local PBS affiliate as well as Willamette Week.

This is how some Portland journalists are responding to the news that reporter Mike Bivins has been charged over attacks on Portland-area synagogues and a mosque. Bivins is currently being held in jail before he is arraigned: pic.twitter.com/llHXFl1JmZ

Police say Bivins was arrested after the visit to the TV station.


One of Bivins’s Twitter accounts apparently hasn’t been updated since 2018, but he kept a blog that comes up with a DNS warning when one attempts to read it. Another of his Twitter accounts has posts about Joe and Hunter Biden being corrupt. His video work is still available on YouTube. Bivins’s allies appear to have created a Wikipedia page for him to announce that he’s a “former multi media journalist.”

Believe it or not, Portland’s far-Left district attorney filed seven serious charges and set bail at $270,000 for Bivins.

Quillette Podcast #189: How Elon Musk Can Promote Free Speech—Without Turning Twitter Into One...

Trump endorses ‘America First’ candidates: What kind of impact will this have at the...