Depending on what gossip accounts you lurk on, you may have noticed that Ansel Elgort and Violetta Komyshan are currently the subject of breakup rumors. The speculation comes after just under a *decade* of dating and almost a year after Ansel was accused of sexual assault (an allegation he has denied). Neither Ansel nor Violetta have spoken out about their relationship status and it remains to be seen whether Violetta will show up on the West Side Story red carpet, but here’s everything we know about their relationship timeline…just in case you’re…wondering.

Ansel and Violetta are high-school sweethearts at the FAME-ous LaGuardia High (get it? ‘Cause the movie Fame was based on it? Moving on). As Violetta told Cosmopolitan in 2017:

“I think he had his eye on me, because we were in the same lunch period or something. [One day freshman year] I was with my friend, and he was walking down the block. I didn’t even know he went to my school—I just thought he was really attractive. I looked at him and told my friend, ‘Oh my God, that guy’s so hot,’ and she’s like, ‘Oh that’s Ansel, he goes to LaGuardia.’ Then he walked up to us and said, ‘What’s good?’ and [Violetta mimes a fist bump]. I thought he liked her! He waited for me [after school] the next day and told our friend to introduce us and I was like, ‘OK, he totally liked me yesterday.’ Then I made her come with us to Starbucks. We exchanged numbers and became friends, and then we started dating when I was at the end of sophomore year.”

A couple years pass, Ansel is becoming more and more famous, and he and Violetta are seen in public together: 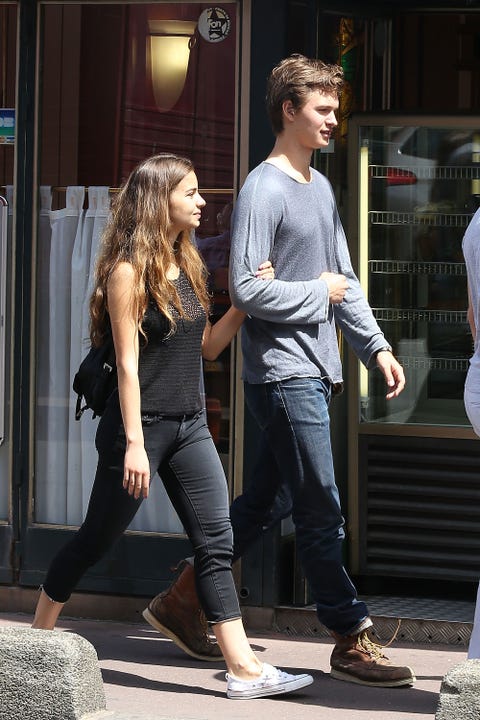 Ansel and Violetta (briefly) break up and a source tells Us Weekly, “They tried to navigate his commitments, but between filming and press for the movies [it got difficult].”

Ansel gives an interview to Elle and makes some choices re: how he decides to speak about women: “LaGuardia is a wonderful, wonderful place. If you’re like me and you love dancers, you just have to walk up to the eighth floor and you can get one.”

That same month, he makes it clear he’s back with Violetta, telling Details, “I was doing OK. But I knew something was missing, and I was like, ‘Oh, that’s love.'”

Ansel and Violetta are clearly back together, by which I mean they’re photographed kissing in public: 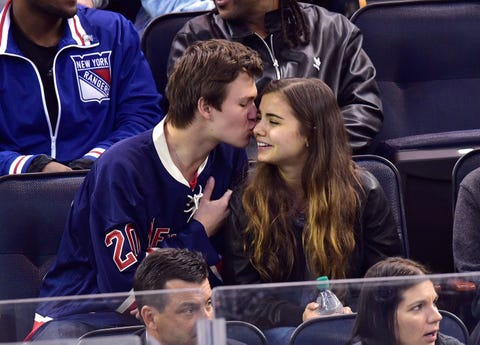 They decide to go ahead and make out at the premiere of Allegiant while this Theo James poster is just like “excuse?” 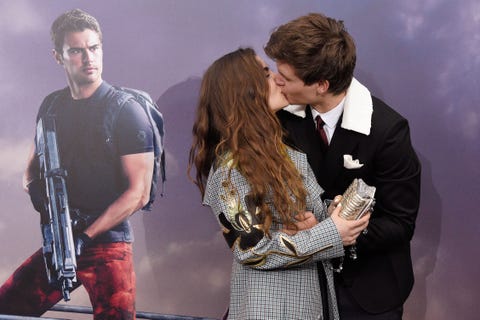 They make out at yet another sporting event: 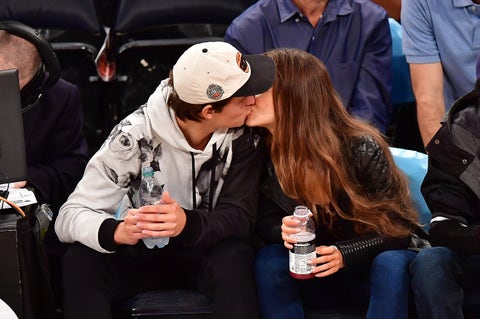 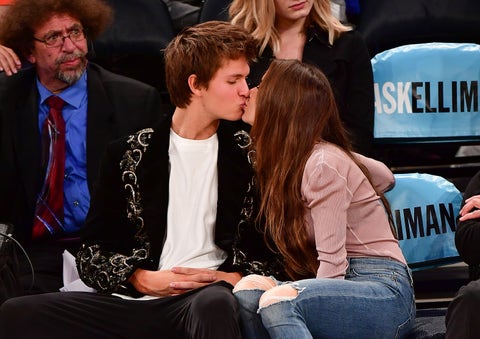 Honestly, October was a huge month for sports.

Ansel drops his music video for Thief, starring none other than Violetta. The actual music video appears to have been scrubbed from the internet (??), but here’s the song if you want to give it a listen.

Ansel and Violetta take a moment to kiss at the premiere of Baby Driver. 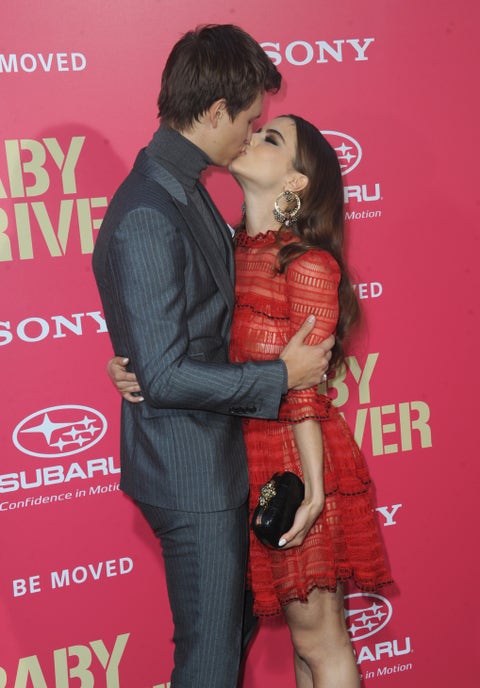 It’s October again, so you know what that means: 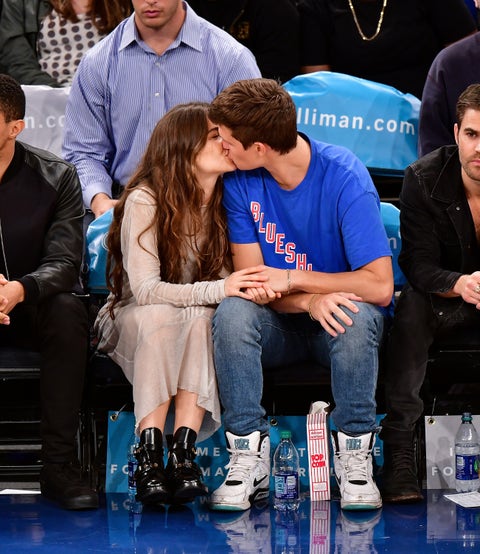 Violetta speaks candidly about dating Ansel to Cosmopolitan (hi), saying “He takes a lot of my photos. He really knows when I look genuinely happy and beautiful.”

That same month, they do more of this: 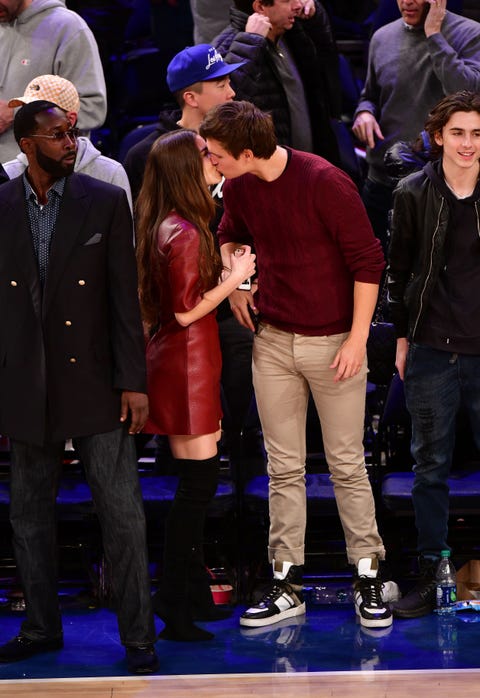 Ansel and Violetta attend the Oscars, probably their most major carpet event to date. 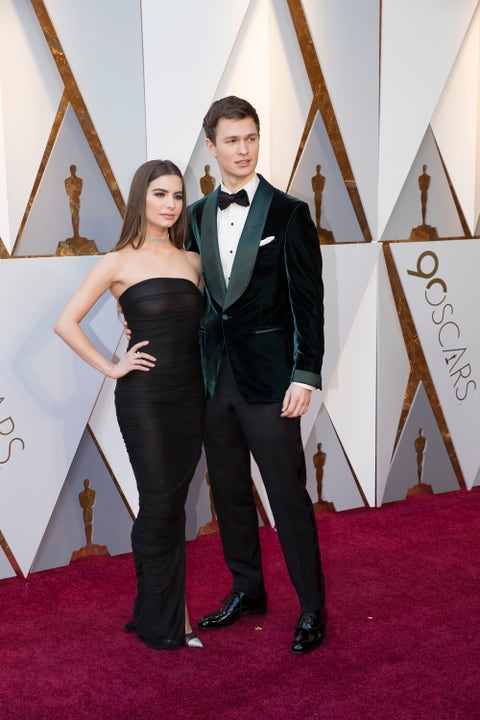 They go on vacation together to Hawaii and post some pics to IG Stories which have been preserved by the internet: 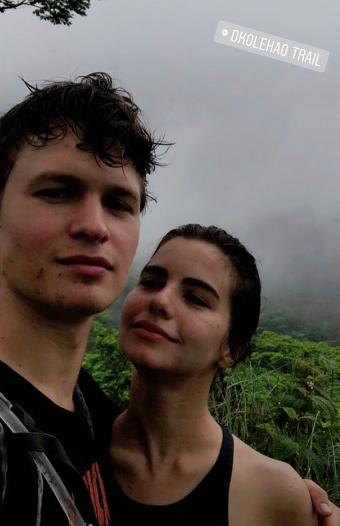 Ansel tells The Times that he’s looking to fall in love, despite having a girlfriend. “I’d also like to find a lot more love,” he says. “It doesn’t need to be sexual. I could be done sexually with my girlfriend. I think we’ve been pretty clear that I want to feel free to fall in love with people and that [option] should be open, but sexually it can be closed off.”

Ansel and Violetta are spotted at their last public event pre-pandemic, attending a Golden Globes after-party: 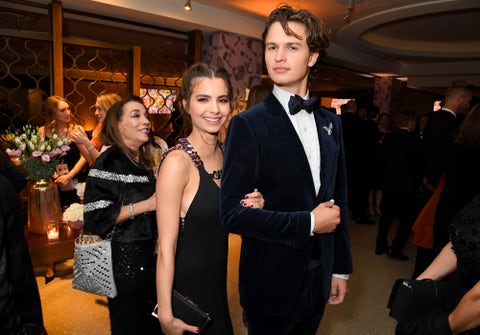 Ansel is accused of sexually assaulting a 17-year-old named Gabby in 2014, which he denies. “I cannot claim to understand Gabby’s feelings but her description of events is simply not what happened,” he writes in part on Instagram. “I have never and would never assault anyone.”

Rumors of a breakup swirl as Violetta deletes almost all her photos of Ansel, and he deletes every image on his social media. Neither has commented on the status of their relationship as West Side Story press heats up, but we’ll update you as more information comes out.

The Power of Pre-K

Your Horoscope for the Week of May 9