Another J.Lo Ex Has Entered the Group Chat

It seems word of Jennifer Lopez’s split from Alex Rodriguez has officially made its way to Sean “Diddy” Combs.

On May 27, the rapper posted on Instagram a throwback Thursday photo from an important time in American music history: the highly publicized relationship between Diddy and Jennifer Lopez. The pair started dating in 1999, after meeting at a music video shoot for her debut album. Until their breakup in 2001, the couple was all over the tabloids, red carpets, and even TRL. Remember the Versace dress? That was at the height of the Diddy-J.Lo era.

Diddy didn’t tag Lopez in the pic, which featured the pair holding hands and Diddy wearing his iconic Sean John sweats, nor did he mention anything about being interested in rekindling their relationship. Of course, that didn’t stop people in the comments from doing plenty of both. “Tell her come on back home mane,” one verified user commented, while another added, “Yasssss she single! Go get her 😍.” Even Timbaland replied to the pic with three sets of eye emoji.

Except, Lopez is not actually single. In case you haven’t heard, she and another ex, Ben Affleck, have been seen all over the country since late April and are reportedly “full-on dating.”

“Jen and Ben are both very happy with each [other] and are excited to see where the relationship goes,” a source recently revealed to Us Weekly, continuing, “They are full-on dating and very happy together.”

But hey, there has been no official confirmation from either party, though another source suggests an announcement is imminent. While a Bennifer reunion is certainly a joyous moment for many fans, there’s no harm in looking back at another throwback ship. 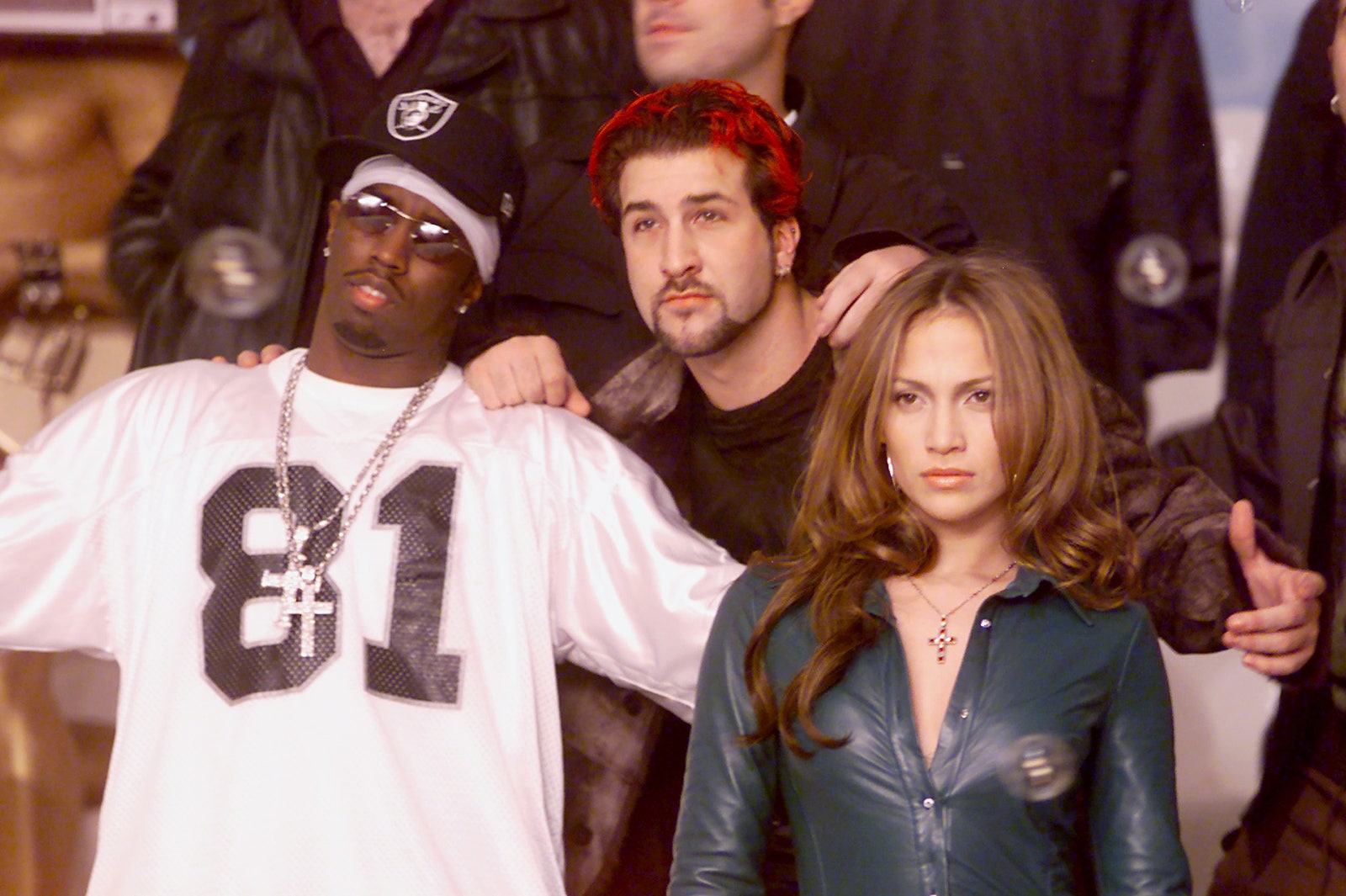 This photo belongs in a museum.

When the pair broke up in 2001, Diddy’s rep referred to Lopez as his “love” in the announcement, broadcasting to the world that the rapper still had feelings. “Mr. Combs confirmed that he and his love, Jennifer Lopez, have, in fact, broken up,” his publicist, Nathalie Moar, said in a statement released on Valentine’s Day. Meanwhile, Lopez implied in interviews that the rapper hadn’t been faithful.

“The Puffy era was just kind of a crazy, heightened time in my life. You know, Puffy and I both grew up in the Bronx,” Lopez said in 2019 during an appearance on The Breakfast Club. “He had been in the music business and had all this success; I was just starting and making my first album when I met him. He became kind of a mentor to me at that moment. We had this kind of crazy, tumultuous relationship that ended in a bang.”

What Did Congress Expect When It Made Unemployment Worth $15.45 an Hour?