LOS ANGELES, California — L.A. mayoral candidate Rick Caruso, a billionaire real estate developer who is surging in the polls, told Breitbart News on Tuesday that an outsider candidate can win, and succeed, despite resistance from entrenched interests.

“Well, [former mayor] Dick Reardon was an outsider, and I think he was regarded as a very good mayor, accomplished a lot,” Reardon said. “And by the way, Tom Bradley was an outsider. He was a cop before he became mayor. So, yes, outsiders can win, outsiders can do a great job, and I’ve got a track record of accomplishing quite a bit.”

Caruso, a Republican-turned-independent-turned Democrat, is known for his high-end shopping malls, notably The Grove in Beverly Hills.

He has made the race for mayor a close one by spending heavily on advertising, catching up to establishment Democrat pick Rep. Karen Bass (D-CA) in a race that polls suggest is neck-and-neck ahead of the June 7 primary to replace outgoing mayor Eric Garcetti. Neither candidate is expected to win a majority, in which case they will proceed to the November 8 general election.

Voters are also warming to Caruso’s pledge to be tough on crime and to solve the crisis of homelessness plaguing the city.

Caruso walked through the Pico-Robertson neighborhood on Tuesday, a heavily Jewish area. He visited the Beverly Hills Bagel Company, the Munchie’s candy store, and the Glatt Mart supermarket, all kosher food institutions in the community. 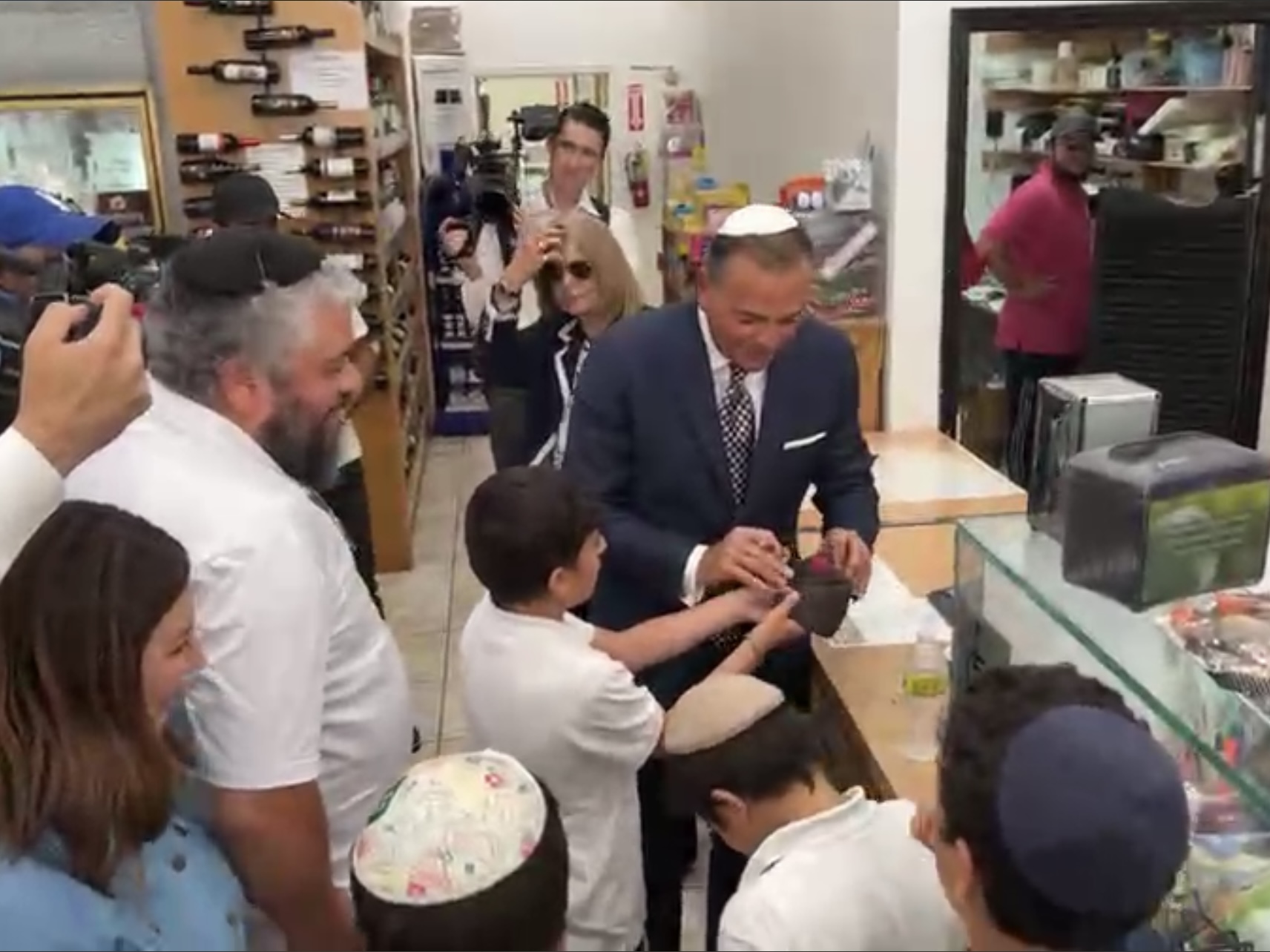 He greeted supporters — including a crowd of children in the candy store, who high-fived him and asked him to sign their yarmulkes. Local business owners spoke to Caruso about crime and fears of rising antisemitic violence in the neighborhood.

Joel B. Pollak is Senior Editor-at-Large at Breitbart News and the host of Breitbart News Sunday on Sirius XM Patriot on Sunday evenings from 7 p.m. to 10 p.m. ET (4 p.m. to 7 p.m. PT). He is the author of the recent e-book, Neither Free nor Fair: The 2020 U.S. Presidential Election. His recent book, RED NOVEMBER, tells the story of the 2020 Democratic presidential primary from a conservative perspective. He is a winner of the 2018 Robert Novak Journalism Alumni Fellowship. Follow him on Twitter at @joelpollak.

14 Republicans Just Betrayed Their Base By Advancing Gun Control

Disney-ABC Drama Paints Parent of Trans Teen as Racist, Teacher as ‘Hero’ Who ‘Gets...