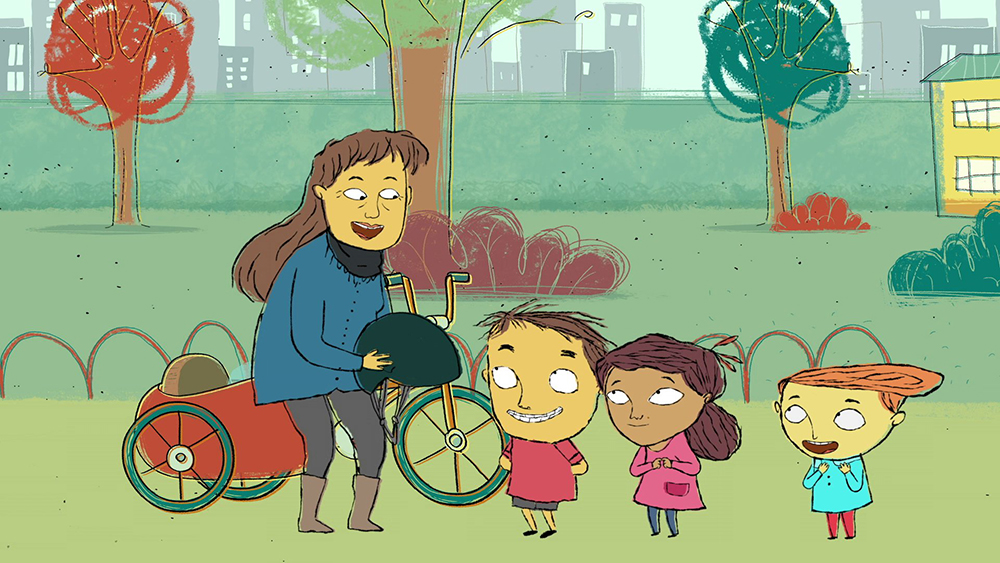 Winners picked up their plaudits at a on-site ceremony held at La Laguna in Spain’s Canary islands.
“A Costume for Nicholas,” from Mexico, took best feature, winning out in a category whose four nominees included three Mexican productions.

The second movie from Mexico’s Fotosintesis Media, a social a cause-driven entertainment label set up by the Mantarraya Group and producer-director Miguel Uriegas (“The Stone Boy”), the toon movie is co-produced by Mexico’s Pēek Paax animation studio.

Marking Uriegas’ debut as screenwriter, the feature follows Nicholas, a 10-year-old orphan with Down syndrome who dons magical costumes from his mom to save his brother from nightmares and the world from chaos. “Nicholas” participated at the Cannes Marché du Film’s Los Cabos Goes to Cannes in 2018.

International distribution on “Petit Season Two” is handled by France’s Dandeloo. The series is inspired by the book “Petit, el Monstruo” by Argentine author Isol Misenta. The first season of “Petit” already scored a nomination at the Quirino Awards as well the 2019 International Emmy Kids Awards. In “Petit,” the world of adults is explored and analyzed from the point of view of children.

A Jury Award winner in the short film category at last year’s Annecy Festival, “Homeless Home” win at the Quirino marks the latest plaudit for Spain’s Alberto Vázquez, director of “Birdboy: The Forgotten Children,” a Gkids U.S. pickup. Confirming the Spanish auteur’s originality the film is set in a black and white, demonized version of Vazquez’s native Galicia, inhabited by orcs, witches and sorcerers, building into a fantasy parable that metaphorically examines issues that rural natives face when returning home after years spent elsewhere. “Homeless Home” is produced by the Basque Country’s Uniko and France’s Autour de Minuit.

Quirino Awards winners this year featured multiple titles which tackled social issues such as disabilities (“Nicholas,” “Rutas”), addictions (“Memories for Sale”), depersonalized communities (”Loop”), and misfits (“Homeless Home”). Most were made in 2D.

In the run-up to the Quirino Awards, the organizers staged online/in person round tables. Beatriz Navas, president of Ibermedia, announced at the conference strand presentation of conclusions that the incentive program for Ibero-America was considering new measures for the region.

“More than an event, the Quirinos are becoming a platform for analyzing the sector and designing future changes in concert with creators, industry players and institutions,” the Quirino Awards director José Luis Farias told Variety.